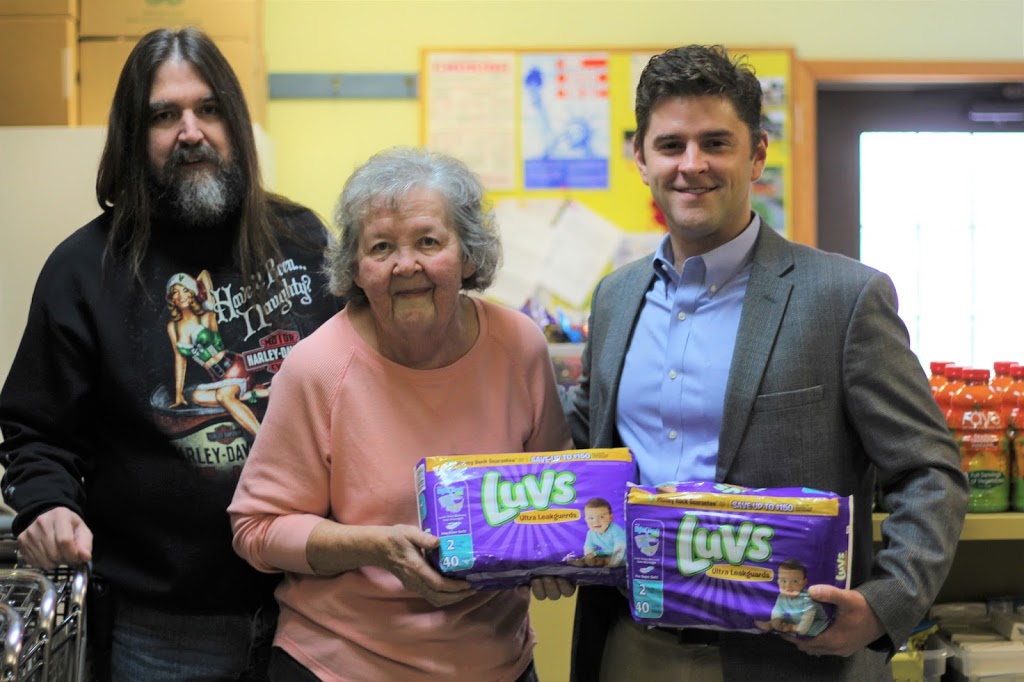 “Earlier this Spring, I listened intently to heartfelt testimony in the Human Services Appropriations Committee about families that cannot afford enough diapers for their children,” said Rep. Ryan Spain in November upon the launch of his First Holiday Diaper Drive.  “Many people don’t realize that programs like WIC and SNAP do not pay for diapers, rash creams or other infant supplies.  Diapers are an essential and often overlooked need for families struggling financially around the holidays.”

Rep. Spain followed through on his promise to help those families in need on Friday with the first round of deliveries of diapers and supplies to area pantries, including Koinonia Food Pantry in Lacon.  Over 500 diapers, over 800 wipes and several diaper rash creams were delivered to the Lacon pantry by Rep. Spain’s personally as part of a district-wide effort to help with diaper and supply donations in time to distribute to families before Christmas.

“Ruth Kleppin, and her son Ron, do an amazing job helping those in need with the Koinonia Pantry,” said Rep. Spain following the delivery and tour of the pantry.  “I am honored to help the pantry with garnering donations of a hard-to-get item at a time of year that is so important for families.  I would further encourage any one that would like to participate more in helping the pantry to contact Ruth.  Your donations will go a long way to helping Marshall County families.”