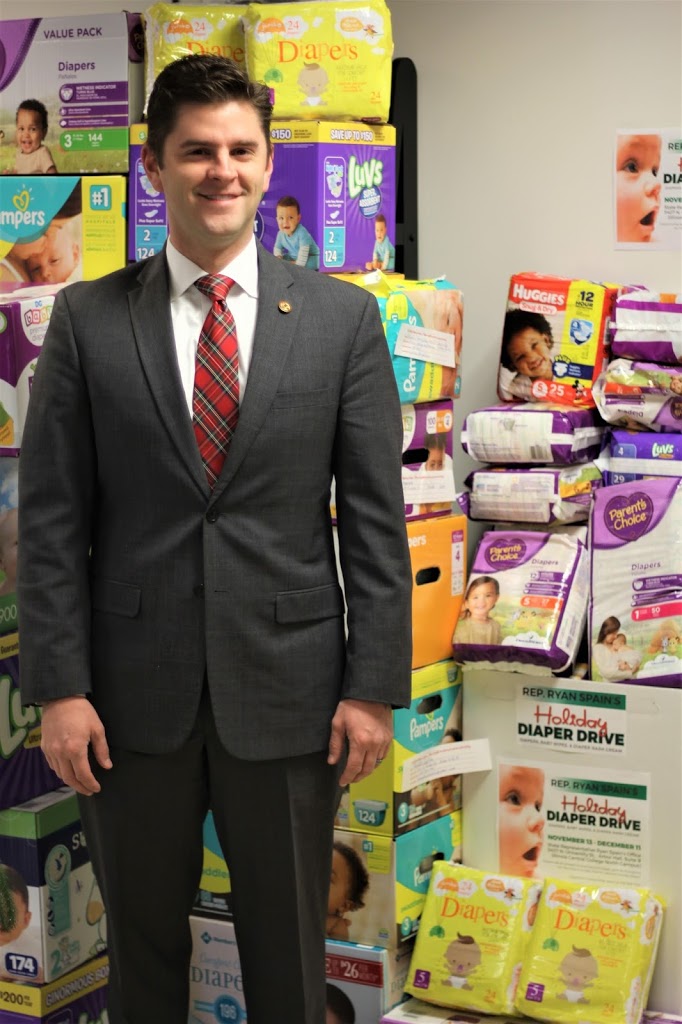 “Earlier this Spring, I listened intently to heartfelt testimony in the Human Services Appropriations Committee about families that cannot afford enough diapers for their children,” said Rep. Ryan Spain in November upon the launch of his First Holiday Diaper Drive.  “Many people don’t realize that programs like WIC and SNAP do not pay for diapers, rash creams or other infant supplies.  Diapers are an essential and often overlooked need for families struggling financially around the holidays.”

Rep. Spain followed through on his promise to help those families in need with deliveries of diapers and supplies to area pantries, including the Center for Prevention of Abuse, St. Gianna Diaper Pantry, and Peoria Area Food Bank in Peoria on Wednesday.  Over 1,800 diapers, nearly 1,800 wipes and about a dozen diaper rash creams were delivered to the food and diaper banks by Rep. Spain personally on Wednesday as part of a district-wide effort to help with diaper and supply donations in time to distribute to families before Christmas.   Rep. Spain’s Holiday Diaper Drive collections ran from November 13- December 11 to help address the insufficient supply of diapers to keep infants in need clean, dry, and healthy.  In total, over 4,000 diapers were collected, nearly 5,000 wipes and several dozen diaper rash creams.

“The need is so great with all of these organizations that I would encourage the community to reach out and see what they can do to help further with these organizations in fulfilling their missions.  In many cases, the thousands of diapers and wipes donated as part of this drive will be distributed within hours or days with additional need already in place.  Donations of diapers and baby supplies are often overlooked in donations to all pantries.  There is significant need for especially sizes 4, 5, and 6 diapers,” said Rep. Ryan Spain.