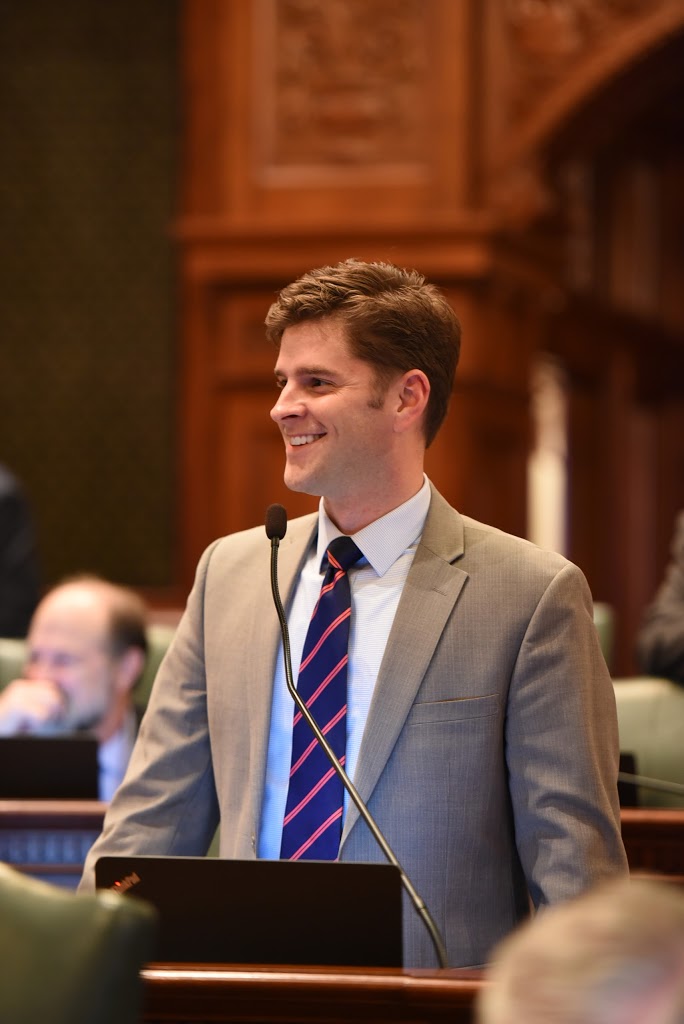 An initiative proposed by State Rep. Ryan Spain to allow volunteer work to be performed at Illinois State Parks was signed by the Governor of Illinois late Friday afternoon. This was the first bill Representative Spain passed through the Illinois House after having been sworn-in in January 2017.

“This is common-sense legislation that allows volunteers to create an Adopt-a-Trail program as well as allow volunteer work at State Parks and trails,” said State Representative Ryan Spain.  This legislation attempts to resolve a long-standing problem at many State Parks and facilities where volunteers are being told they are not permitted to help keep trails clean and maintained. Currently, those individuals are able to assist with removal of trash and litter. Spain continued, “my intention has not been to take away work historically done by State employees, but rather to allow supplemental efforts to help keep our state natural resources in even better shape for future generations.”

In advocating for the bill, highlighted by the Governor in his State of the State speech, Spain said, “we should want our citizens to be engaged in our state parks and facilities. We should want them enjoying these trails and parks with their families and taking personal ownership in seeing them kept in the best shape possible. This legislation will clarify and allow for better care of our parks and trails.”

Representative Spain sponsored House Bill 3455, a measure suggested to him by trail riders at Jubilee State Park in rural Brimfield and negotiated with the Illinois Department of Natural Resources and other stakeholders. The legislation attracted bipartisan support and co-sponsorship and achieved unanimous support in both the House and Senate. Testifying in support of the bill were the Illinois Department of Natural Resources as well as the Horsemen’s Council of Illinois.