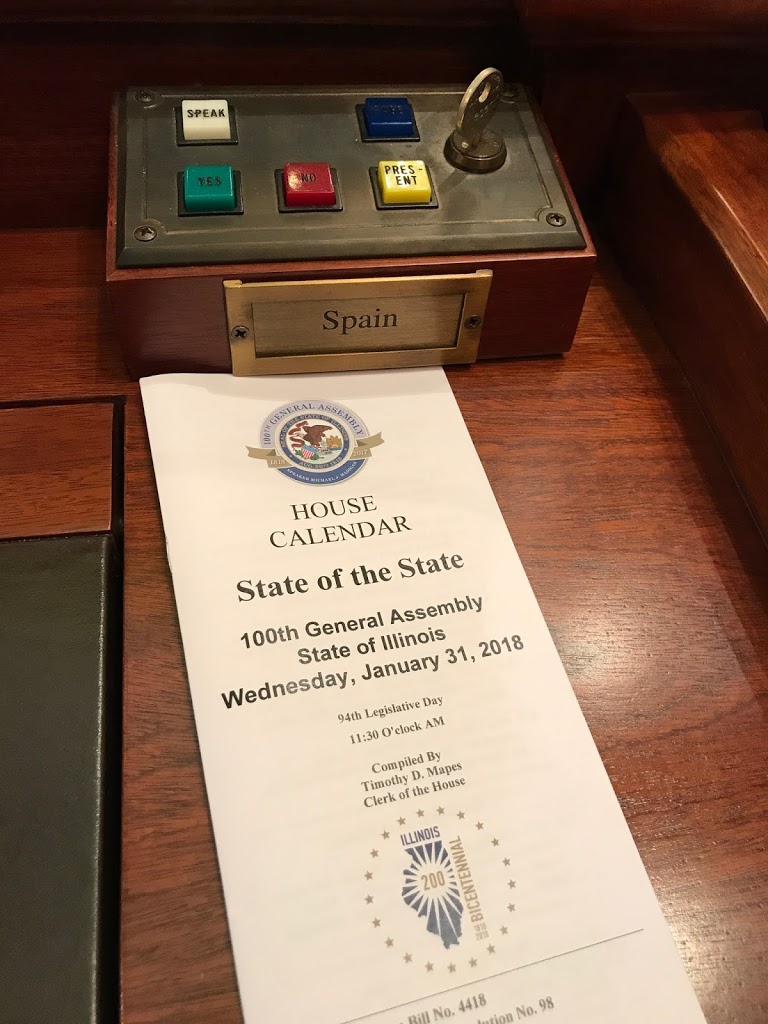 “Governor Rauner was right to call for a laser-like focus on economic development needed in Illinois.  Illinois has so much going for it as the World’s 17th largest economy and we can be much greater, but it requires a somber recognition that we must address the systemic issues plaguing our state to move forward.  Issues like public-employee pension reform, property tax reform, and a strong focus on business development will be needed to right the ship of state.  In a collaborative fashion much has been done together, but we won’t have the where-withal to keep progress moving without real recognition that policies that have pushed hundreds of thousands of jobs out of Illinois over the past two decades must be changed,” said Rep. Spain.  “I am eager to continue the work toward reform needed.  The seeds have been planted for change, but we must continue to tend a “bipartisan recognition of our unrealized potential” for those seeds to bear fruit.”

Representative Spain also took his second State of the State Address to recognize accomplishments made since the last address.  “In last year’s State of the State Address, Governor Rauner highlighted legislation I sponsored to allow volunteer work at State Parks and Trails.  This legislation has since been passed and enacted and is bearing fruit in additional volunteers working at our parks and trails.  Recreation enthusiasts as well as conservationists will benefit for years to come because of this important legislation.  This is a great example of ways we have and can continue to work together,” continued Spain.