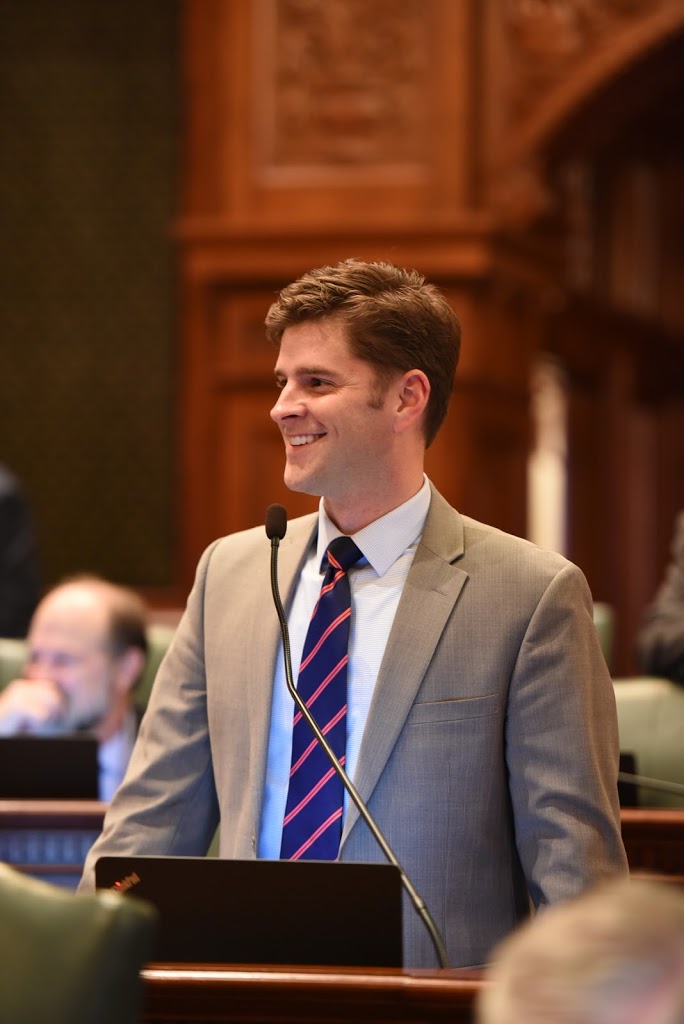 State Representative Ryan Spain was sworn in to his second term in the Illinois House of Representatives on Wednesday during the inauguration of the 101st General Assembly held at the University of Illinois-Springfield’s Sangamon Auditorium.

“I am honored to serve in the 101st General Assembly. We have large challenges ahead in our state and I look forward to the opportunity to applying common-sense solutions to the problems we face. I continue to be humbled by this opportunity and will work hard to try to bring jobs and people back to Illinois,” said Spain.

A lifelong Peorian, Spain attended District 150 schools and is a Richwoods High School alumnus. He graduated from the University of Illinois at Urbana-Champaign with a double degree in political science and speech communication. Spain also holds an MBA from Bradley University. He is currently employed at OSF Healthcare System as the Vice President of Economic Development. Spain and his wife Ashley have a five-year old daughter, Vivienne, and a one-year old daughter, Eleanor.

Spain went on to say he looks forward to continuing work begun in his first term to “attempt to bring about local government pension relief, allow downstate better equity in sales tax dollars statewide, and bring about fair-map redistricting reform as well as continuing his work on mental health and healthcare issues and keeping a focus on strong constituent services.”