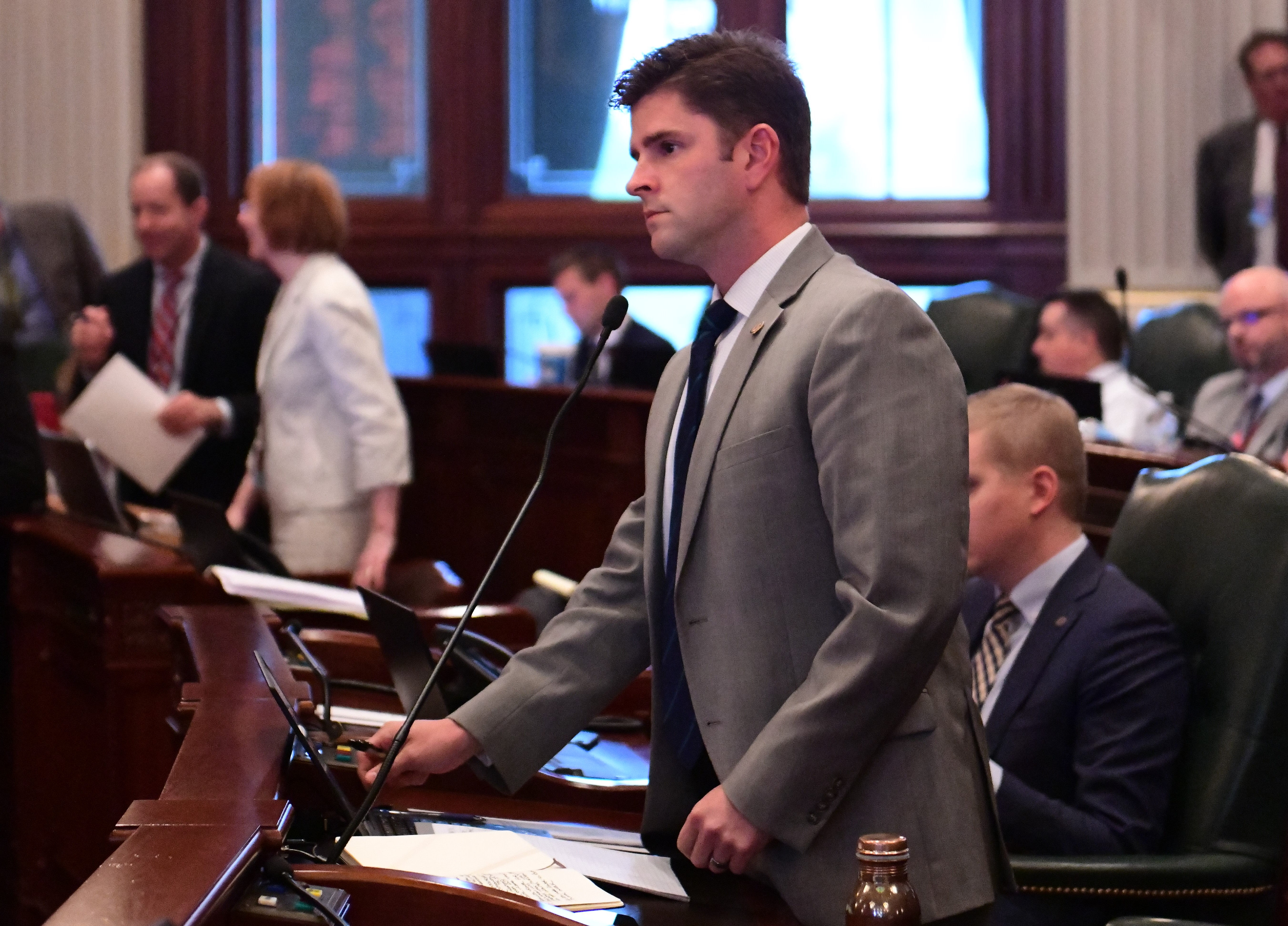 State Representative Ryan Spain panned the Progressive Income Tax passed by Illinois Democrats on Memorial Day as “opening the door to limitless spending” before voting NO on the proposal to change Illinois from a unified tax structure to a variable tax structure.

“The unified tax structure is so important because it acts as a very powerful disincentive to continued adjustments and manipulations of tax rates to feed the whims of the General Assembly and the appetite for spending, lack of fiscal discipline [that you] emphasized that has been such a problem for the State,” Spain argued to Chief Sponsor Robert Martwick.

Spain went on to say this amendment, “opens the door to limitless spending in Illinois.  As many of our families are traveling outside the state of Illinois for Memorial Day, they’re traveling to visit their family members that have left us because the State of Illinois leads the nation in population loss.  These other states have invested in economic growth and create a business climate favorable for job creation.  This proposal is a blank check for more spending and gives more power to the most powerful in our State,” Spain criticized of the proposal.

Senate Joint Resolution Constitutional Amendment 1 (SJRCA 1) passed in the Illinois House by a vote of 73-44-0 and will now be sent to Governor Pritzker, who has given early commitment to sign the bill, fulfilling a major campaign promise to pass progressive taxes.  The actual tax rates will be left to agreement of Governor Pritzker, Speaker Mike Madigan, and Senate President John Cullerton and will not be part of the language voted on by voters in the 2020 General Election, per the proposal passed by Illinois Democrats.