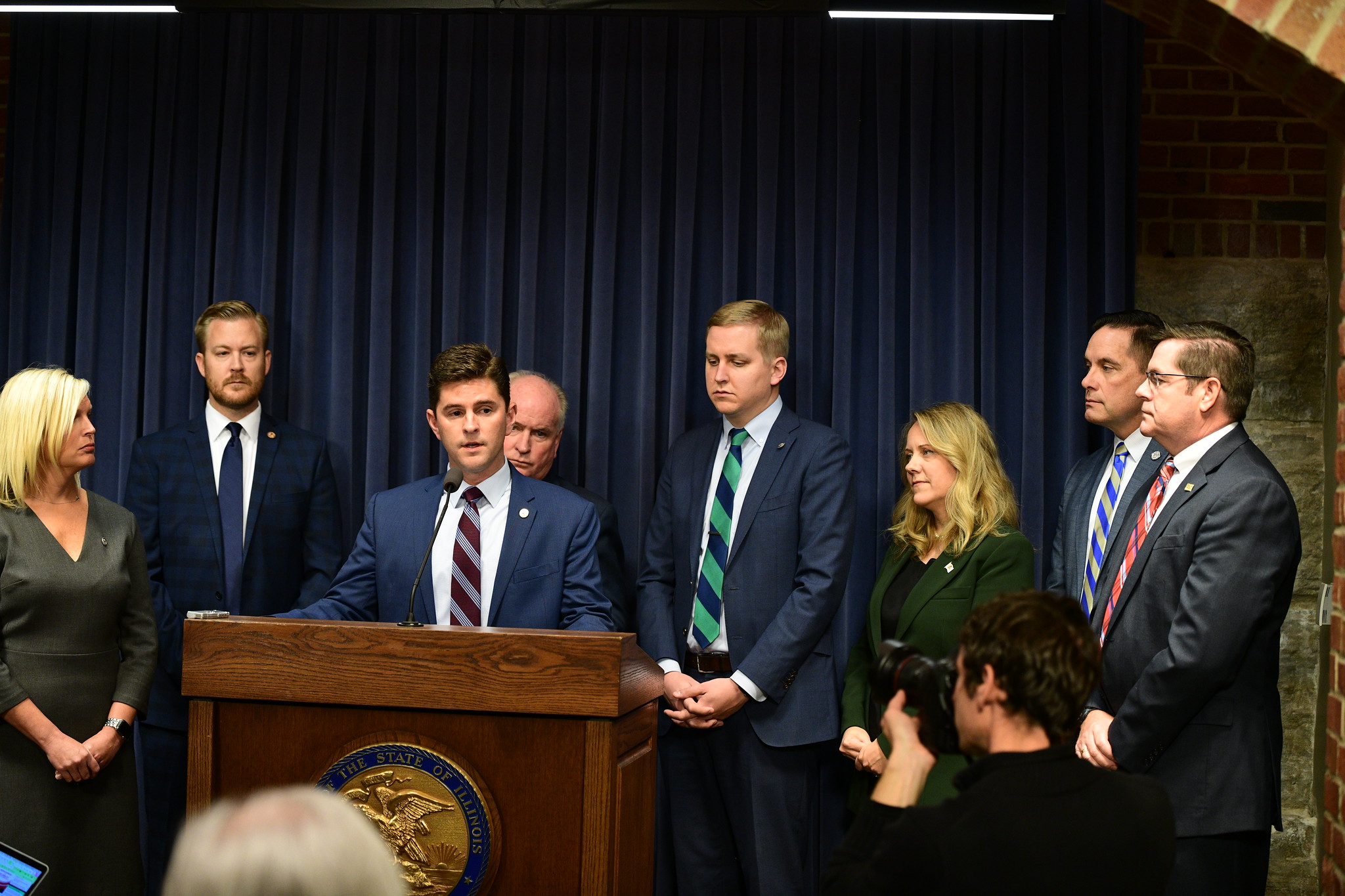 State Representative Ryan Spain, along with members of the House Republican caucus announced a sweeping ethics reform package this morning to address unacceptable practices brought forth through ongoing federal investigations.

“There is no pressing issue that needs to be addressed with more urgency than ethics reform.  We are gathered in the last legislative week of 2019,” said Rep. Spain.  “These are transformational changes to improve the conduct of our state government, which is urgently needed.”

HJRCA 36 will require a special election to fill General Assembly vacancies through the same laws governing our party primaries. This will prevent political powerbrokers from picking their preferred candidates for the vacancies.

House Resolution 588 will allow a Chief Co-Sponsor of any bill with five co-sponsors from each party to call it for an up or down vote in a substantive committee.

House Bill 3947 would ban members of the General Assembly, their spouses, and immediate live-in family members from performing paid lobbying work with local government units. Currently, members of the Illinois General Assembly – state representatives and state senators – are prohibited from lobbying the State of Illinois, but are not prohibited from lobbying local government units, such as a counties or municipalities.

House Bill 3955 will create mandatory and publicly available documentation of General Assembly communications with any state agency regarding contracts.

“These are short-term and long-term recommendations that will make a meaningful impact to restore trust in our state government.  The legislature should not be sent home until we’ve made meaningful strides to improve ethics in the State of Illinois,” Rep. Spain urged on Tuesday.

The General Assembly began the second week of the Fall Veto Session on November 12, 2019.