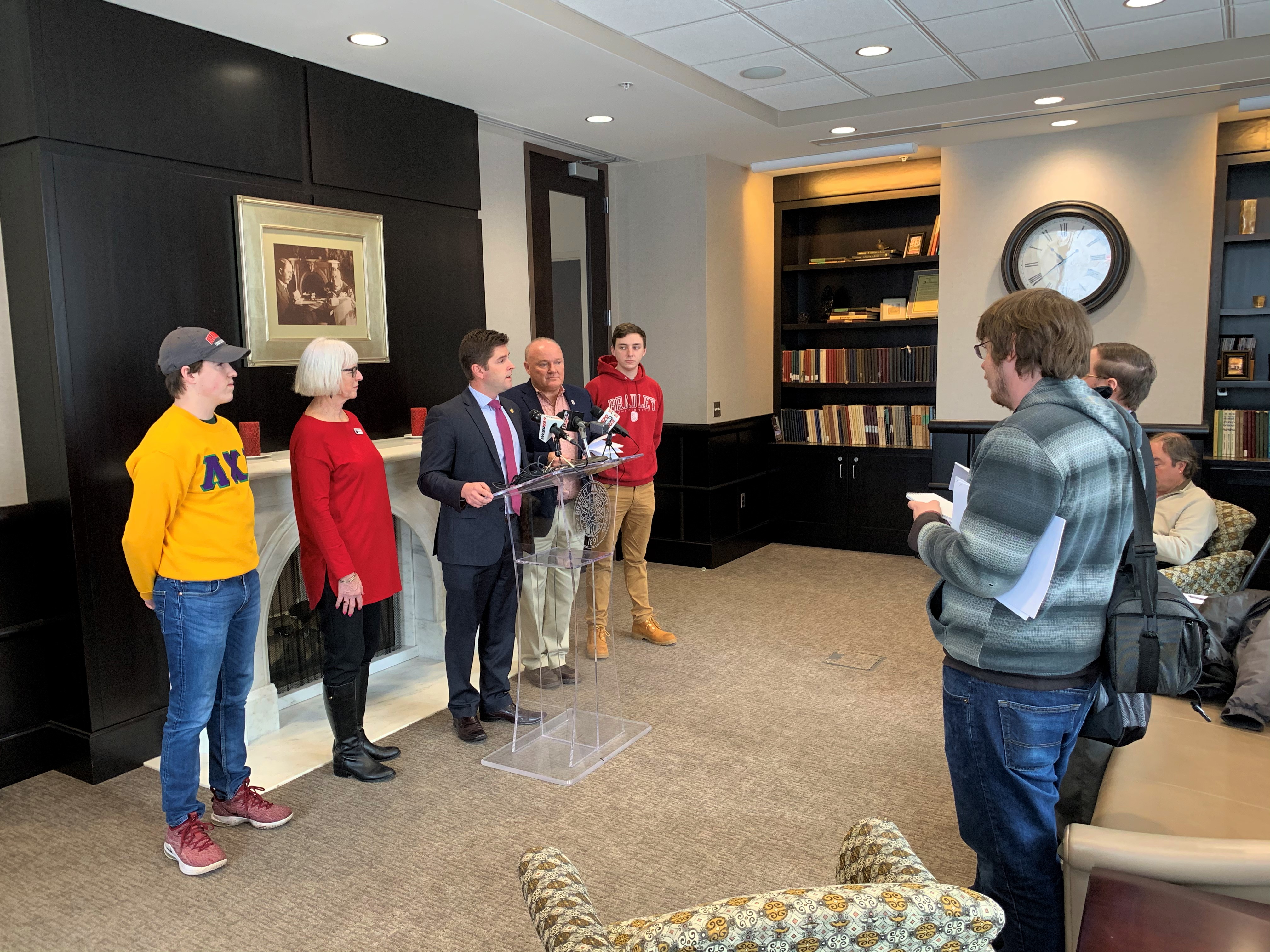 Illinois legislators and good government activists from communities all across Illinois held a statewide network of news conferences today to show their support for the Fair Maps Amendment, a comprehensive reform of Illinois’ redistricting rules filed today in the Illinois General Assembly.

The news conferences, held in Chicago, DuPage County, and Peoria, highlighted the bipartisan support for the Amendment from its chief co-sponsors: State Sen. Melinda Bush, of Grayslake;  State Sen. John Curran, of Downers Grove; State Rep. Terra Costa Howard, of Glen Ellyn; State Rep. Ryan Spain, of Peoria; and State Rep. Kelly Cassidy, of Chicago. The events were coordinated with CHANGE Illinois, a non-partisan, non-profit group that leads a coalition of more than two dozen organizations supporting the fight for the Fair Maps Amendment. Among those participating in the press events were the Illinois League of Women Voters, Common Cause Illinois, AARP-Illinois and Represent US as well as other supportive lawmakers.

Under the Fair Maps Amendment, the current system – which empowers legislators to draw partisan, gerrymandered districts – would be overturned. Instead, an independent redistricting commission would be chosen to draw the district maps for the Illinois Senate and House. Citizen commission members would be carefully selected to represent everyone who lives in Illinois, instead of placing power over district lines in the hands of politicians who have a vested interest in protecting their own careers.

“The people of Illinois overwhelmingly support redistricting reform,” said Madeleine Doubek, executive director of CHANGE Illinois. “An independent poll by SIU’s Paul Simon Institute found 67 percent of Illinois voters want an independent commission to draw our legislative lines. The people of Illinois understand that we can’t have honest government and hold politicians accountable if we don’t have truly competitive elections that restore power to the people.”

Democrat Costa Howard held a news conference in Lombard to announce her chief sponsorship of the Fair Maps Amendment.

“The first step in rebuilding people’s trust in government is assuring voters that their elections are honest and that their voices are heard,” said Costa Howard. “By filing this amendment today, we are beginning a statewide conversation about the meaning of fairness and the importance of truly representative government.”

“I became a legislator after a close, hard-fought general election. Being a member of one party or another wasn’t the determining factor in who would get elected. We should never take voters for granted,” said Bush, the Senate’s chief sponsor and a Democrat who led the Chicago event. “The Fair Maps Amendment will ensure that people in every district are represented by someone willing to put in the hard work to reach voters and build strong, lasting coalitions. Let’s have people, not parties, decide who their elected officials will be.”

“With the U.S. Census coming up this year, it’s crucial for Illinois to create an honest system for independent redistricting,” said Spain, a Republican, who held a news conference in his district in Peoria. “When we give legislators the power to draw legislative maps that guarantee a partisan majority in a district, we risk undermining the people’s faith in our system of government. It’s time to reform this system, once and for all.”

“Good legislators who represent the interests and values of their constituents have nothing to fear from a fair map,” said Cassidy, a Democrat who participated in the Chicago event.  “Our system of government is based on the fundamental principle of honest, competitive elections, and we need to make sure that the people of Illinois have the opportunity to elect the strong, well-qualified legislators they deserve.”

“I am very pleased that legislators from both sides of the aisle are joining together to support the Fair Maps Amendment,” Curran said. “It’s time for Illinois to stop allowing legislators to draw their own districts and choose their own voters. With this amendment, the power will shift to allow voters to choose their elected officials in Springfield.”

Constituents may sign our petition for Fair Maps here.

Improvements to the Fair Map Amendment