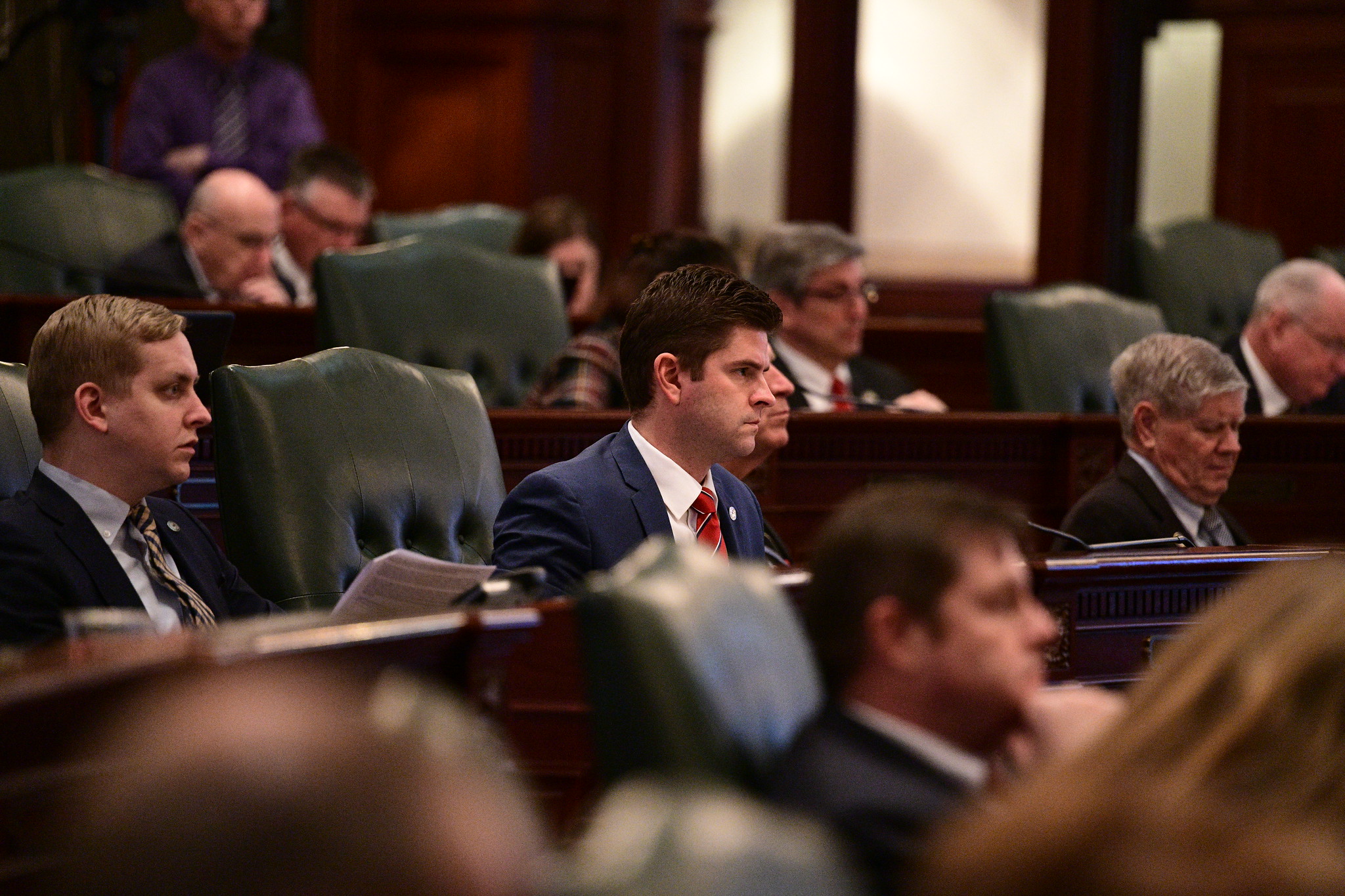 “The Governor’s message to legislators tasked with constructing a state budget was clear– voters must approve another damaging income tax increase or budget cuts and service reductions will be imposed throughout Illinois.  This is not an appropriate strategy for crafting the state budget, especially when bipartisan, balanced budgets have been passed for the past two years under two different governors,” said Rep. Spain.

“Illinois faces out of control property taxes, population and job loss, and a census that will result in less federal representation for Illinois.  Therefore, we need to focus on ideas for growing our jobs and population, not repelling businesses and individuals through increased income taxes,” said Rep. Spain following the Governor’s speech on Wednesday.  “State budgets are a reflection of our values and agreement should be built through unification, not ultimatum from the majority party.”

Rep. Spain was a Chief negotiator on behalf of House Republicans for last year’s infrastructure negotiations and has shown a strong willingness to cross the aisle for reforms that benefit Central Illinois residents and taxpayers.  “I will work with Governor Pritzker when he is right, as he was regarding badly needed infrastructure investments.   However, I believe the Governor is traveling down the wrong path advocating for further increases to income taxes in Illinois.  Ultimately, it will be up to the voters to decide.  Until then, it is the responsibility of the General Assembly to craft a bipartisan balanced budget without additional income tax increases.   As we have done for the last two years, a balanced budget is achievable for Illinois and I will work with the Governor and fellow legislators to deliver such a budget without raising taxes and continuing the exodus of jobs and talent from our state,” said Spain.