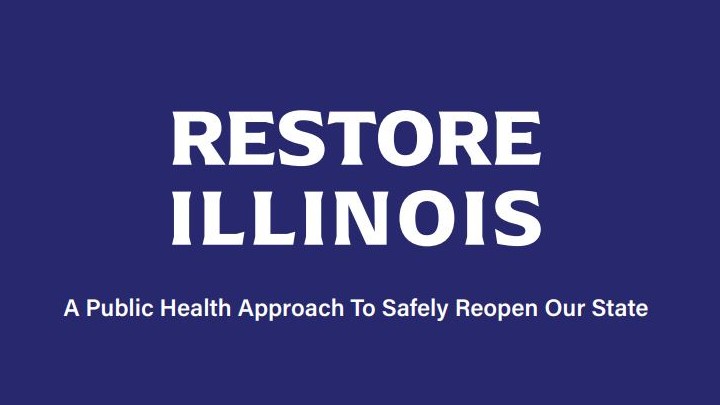 Drawing attention to what he termed as, “Executive overreach far into policymaking without input from the legislature,” Rep. Ryan Spain, who serves as GOP Conference Chairman for the House Republican Caucus, urged Governor JB Pritzker to pay due mind to the coequal nature of the Illinois legislature and seek approval and revisions of his Restore Illinois Plan.

Spain sponsored and secured dozens of co-sponsors on House Resolution 859 urging that the Governor’s Restore Illinois plan be re-drafted as legislative language and submitted to the Illinois General Assembly for discussion, debate, and legal enactment as statutory law.  “The taxpayers of Illinois expect us to do our jobs and provide adequate checks and balances on this process to ensure the voices of all Illinoisans are heard,” said Spain.

“Strong leadership is demonstrated by collecting input from stakeholders, acknowledging the value of outside perspective, and seeking broad consensus.  Restore Illinois makes major public policy decisions that affect the long-term future of our state.  A policy plan of this significance deserves consideration from the Illinois General Assembly.

The Illinois House adjourned its Spring Session several hours after passing the Budget on Saturday night.  Despite calls from Republicans for an UP or DOWN vote on the Governor’s Restore Illinois Plan, no vote was allowed to be called by Speaker Madigan. The next day the Illinois House is scheduled to be in Session is Tuesday, November 17, two weeks after the Presidential Election on November 3rd.  The only two people in the State of Illinois who have the authority to call the House back into Session before that date are Governor JB Pritzker and Speaker Michael Madigan.