Spain: “Madigan is the common denominator for decades of Illinois corruption” 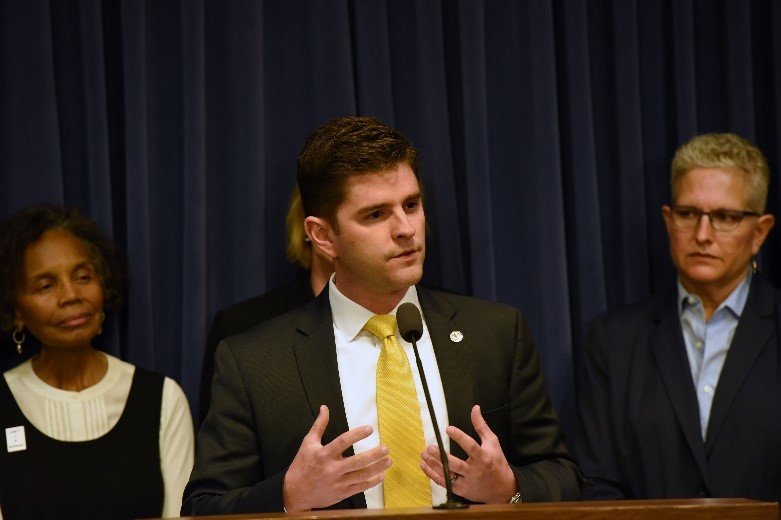 Representative Ryan Spain speaking at a Press Conference in favor of the Fair Map Amendment, an initiative which was repeatedly blocked by Speaker Madigan during his tenure.

House Republican Conference Chairman Ryan Spain had harsh words for longtime Illinois Democrat House Speaker Michael Madigan, saying he is, “the common denominator for decades of Illinois corruption,” on Friday after the Northern District US Attorney’s Office named Madigan in “position-only” as Public Official A in their deferred prosecution agreement for corporate bribery.

In the wake of ongoing federal investigations surrounding state and municipal governments that ultimately saw the resignation of several legislators, Rep. Ryan Spain supported bipartisan efforts last Fall to create an Ethics Reform Task Force to assess current laws, study best practices, and propose legislation to ensure Illinois has among the most stringent ethics laws in the nation.

“To be clear, the Speaker is implicated in criminal acts and federal violations,” said Spain.  “As these serious allegations are substantiated, the Speaker must resign from office.  If not, the Illinois House must begin the process to remove him from the Illinois General Assembly.  His reign of corruption, quid-pro-quo and self-dealing must end.”