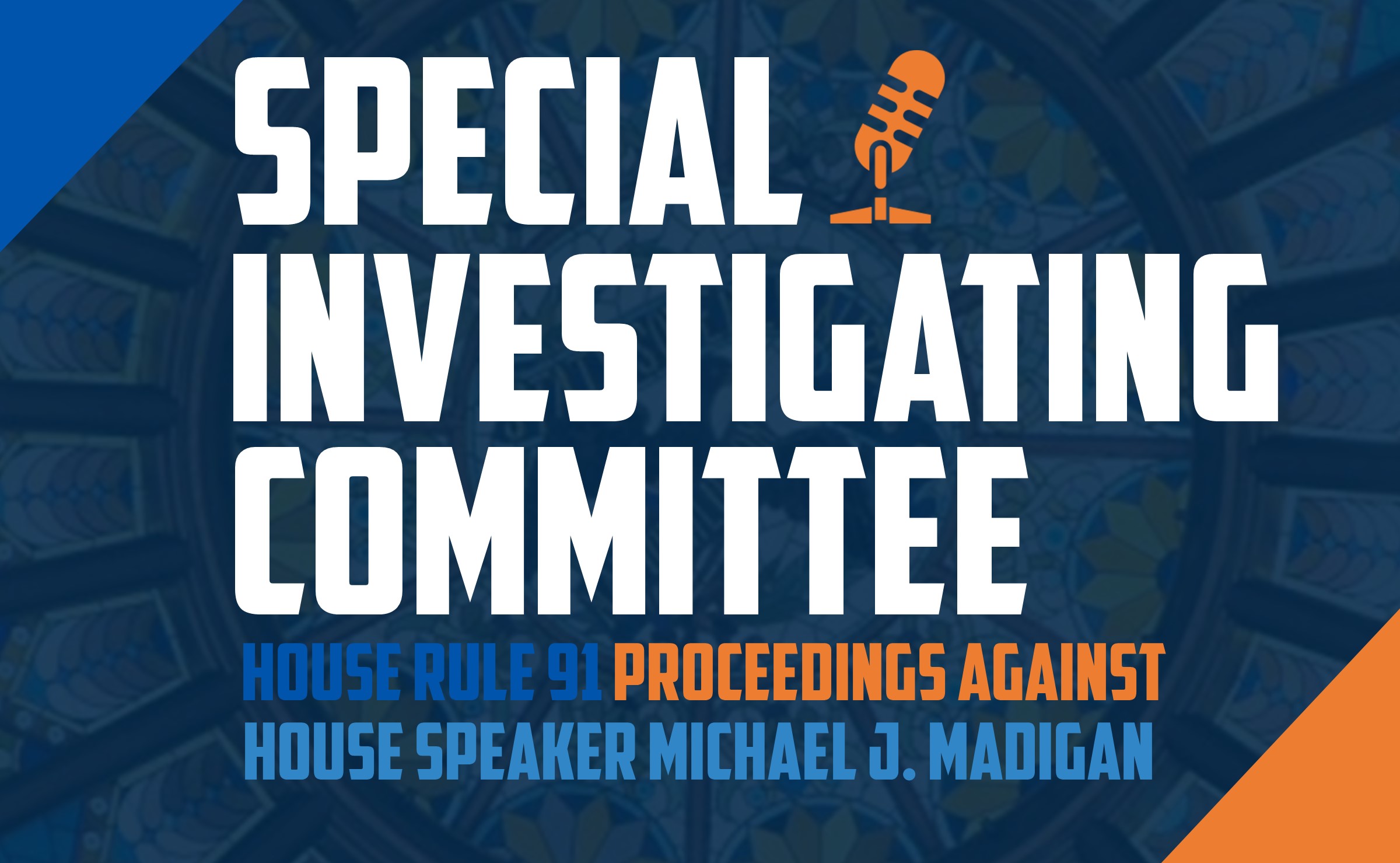 House Republican Leader Jim Durkin, House Republican Conference Chairman Ryan Spain and State Representative Andrew Chesney filed a Special Investigating Committee Petition to investigate Michael J. Madigan in a process that has, in the past, been utilized as the first step in removing legislators from office in the Illinois House.

House Rule 91 was invoked in initiating a Special Investigating Committee.  The subject of the petition is Illinois House Speaker Michael J. Madigan and surrounds information from the Deferred Prosecution Agreement entered into by ComEd and the United States Attorney’s Office.

“The US Attorney’s Office made it clear that Speaker Madigan is a target of an ongoing investigation into public corruption. These allegations made in the Deferred Prosecution Agreement demand creation of a Special Investigating Committee,” Representative Spain stated.

The House Republican members appointed to the Special Investigative Committee are Reps. Tom Demmer (R-Dixon), Deanne Mazzochi (R-Elmhurst) and Grant Wehrli (R-Naperville).  The U.S. Attorney’s Office has been advised of the petition and the legislative process moving forward. It is Leader Durkin’s intention not to interfere in any way with the federal investigation.

“The House of Representatives cannot operate in the transparent and meaningful way needed to create economic recovery in Illinois because of the cloud of corruption, allegations of self-dealing and unethical behavior being made by federal prosecutors against the Speaker,” said Representative Spain.  “Law and order and ethical behavior must be restored in state government.  As a result, we must use all available tools within the House Rules to investigate the behaviors and actions of House Speaker Michael J. Madigan.”

If the Special Investigating Committee finds the alleged charges are true, it would move on to the Select Committee on Discipline to determine what, if any, discipline is warranted.

If the Select Committee on Discipline makes a determination that discipline should occur, it would take 71 votes to reprimand or censure Speaker Madigan, and 79 votes to expel Speaker Madigan from the House of Representatives.

Read the Petition at: https://repryanspain.com/speaker-madigan-petition-8-31-20/