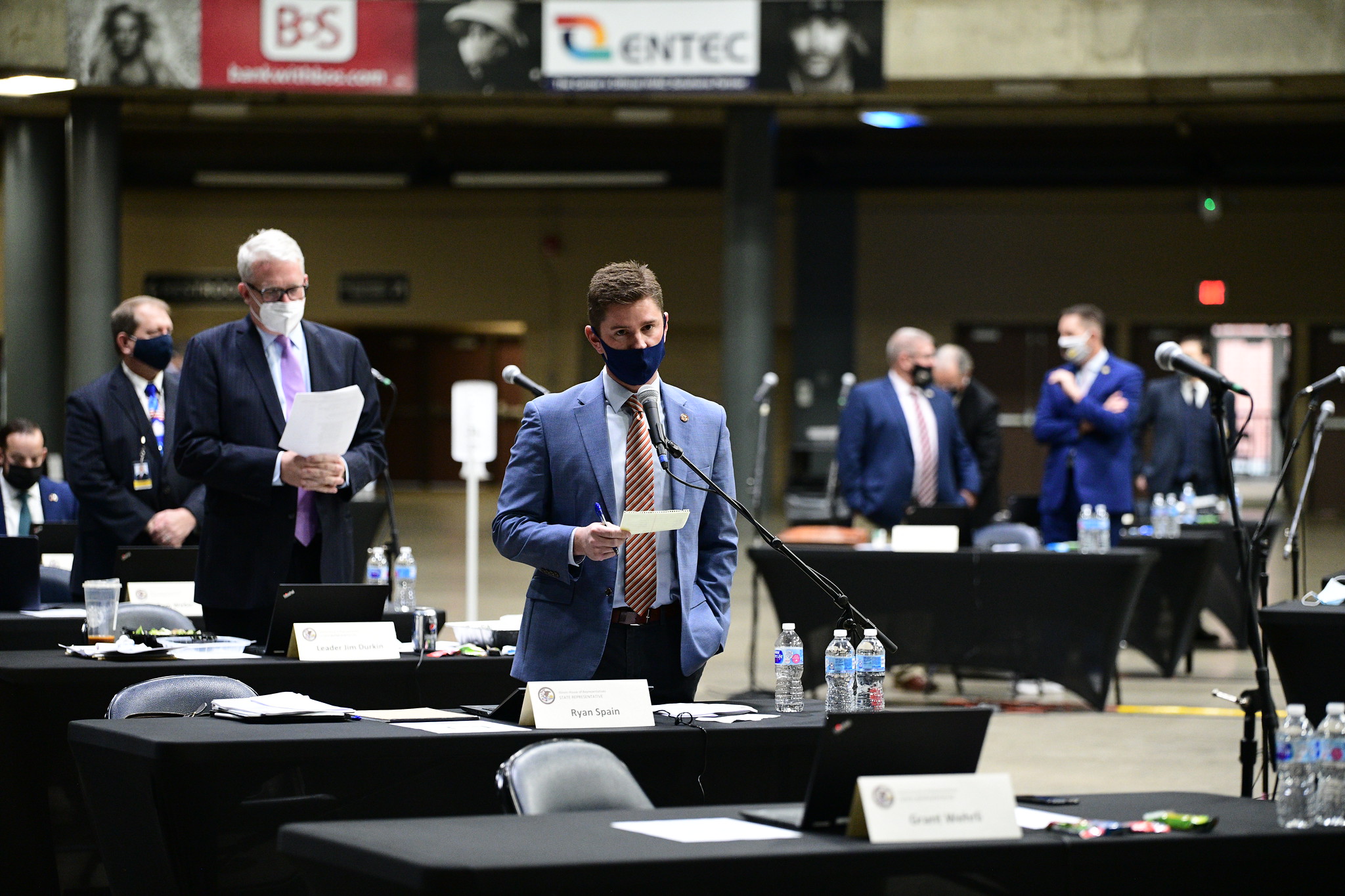 After having served as Republican Conference Chairman for the past year and a half, State Representative Ryan Spain was promoted by House Republican Minority Leader Jim Durkin to the post of Assistant Republican Leader on January 25th.

“When negotiations are needed on tough issues, I trust Ryan Spain to represent the values of our caucus while striving to find common ground across the aisle,” said Leader Durkin regarding the appointment.

“I want to thank Leader Durkin for his faith in me. It is an honor to be selected as Assistant Republican Leader,” said Spain. “I have long admired Leader Durkin’s determination in achieving goals established by our members in representing constituents. Durkin has committed to and delivered on growing our caucus and its influence. He was the right leader to help bring about the expungement of Michael Madigan as Speaker and now to guide our efforts in the post-Madigan era.”

As a member of the leadership team, Spain’s primary duty as Assistant Republican Leader will be developing and delivering on the strategic goals of the Republican Caucus in the Illinois House.

Spain was first elected to the Illinois House in 2016, after having served for nearly a decade on the Peoria City Council. Spain is credited with serving as a chief negotiator for House Republicans on the State’s Capital Infrastructure Investment Bill, which initiated the work of rebuilding Illinois’ crumbling roads and bridges. Since being elected to the Illinois House, he has led important negotiations for the House Republican Caucus on large budgetary items like Medicaid & Hospital Assessment Reform as well as serving as a leading voice on Election Reform and Redistricting Reform issues.