The numbers prove it: Politicians’ Map “Unconstitutional and Unlawful” 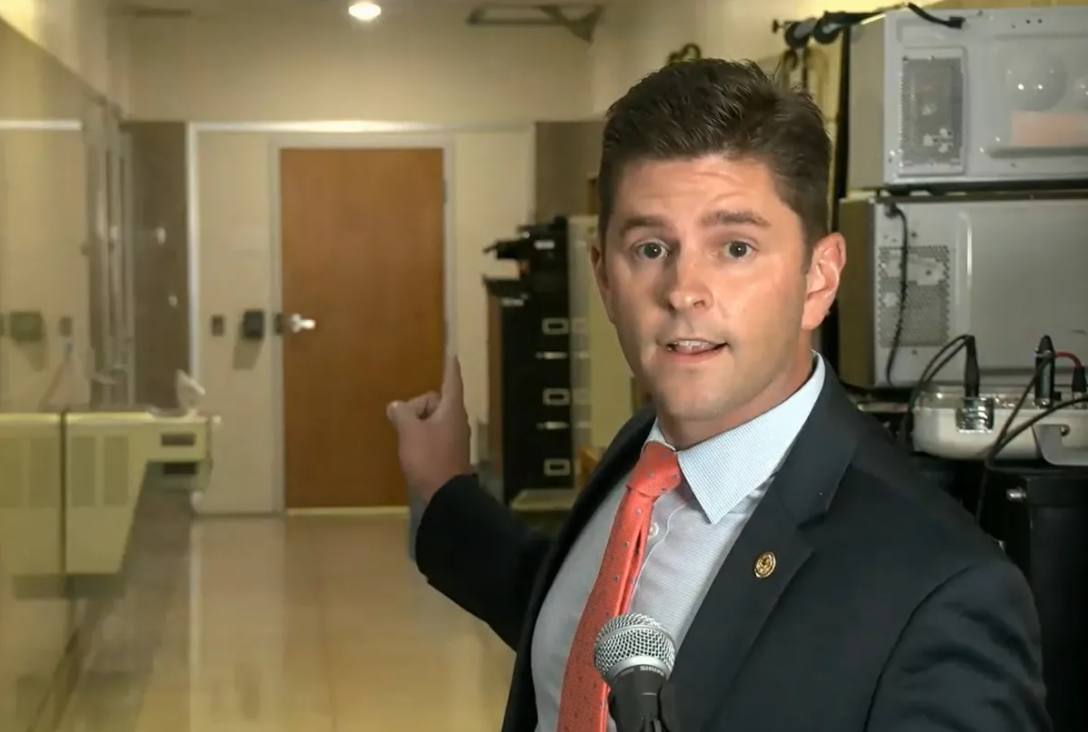 Rep. Spain speaking out in May against the secret, behind closed-doors process Illinois Democrats used to create new legislative maps.

The numbers are in from the official 2020 decennial U.S. Census and confirm that the redistricting plan created behind closed doors and passed with only support of Democrat politicians is both unconstitutional and unlawful.

“I warned that this would be the case as the Democrats’ Map was released to the public in May,” said Assistant House Republican Leader Representative Ryan Spain. “Further, we offered opportunities to work together with advocates to draw a map more reflective of the diversity of this great State. Unfortunately, Illinois Democrat politicians chose to go it alone and now the data confirms their map violates the 14th Amendment of the U.S. Constitution.”

Spain, and others, believe this development now places the redistricting process to the hands of a bipartisan commission, as described in the Illinois Constitution due to no lawful redistricting plan effective by the June 30, 2021 deadline.

The map drawn and passed by politicians in Illinois (in House Bill 2777) proposed House districts ranging from 92,390 (District 83) to 124,836 (District 5)- a difference of 32,446. Based on a test directed by the U.S. Supreme Court in Evenwel v. Abbott (2016), the maximum population deviation of a plan is the sum of the percentage deviations on the most populated and least populated equality from perfect population equality. The maximum deviation allowed under federal law is 10 percent. The Democrats’ Map in Illinois exhibits a maximum population deviation of 29.88 percent, nearly three times the legal limit.

“Because the Democrats’ plan violates federal law, we have asked the federal court to declare this map void, meaning it was never of any force or effect. The Illinois Constitution is clear that if no valid plan was in place by June 30, responsibility for enacting a plan shifts to the bipartisan Legislative Redistricting Commission,” Spain concluded. “That is the only legally appropriate step at this time.”