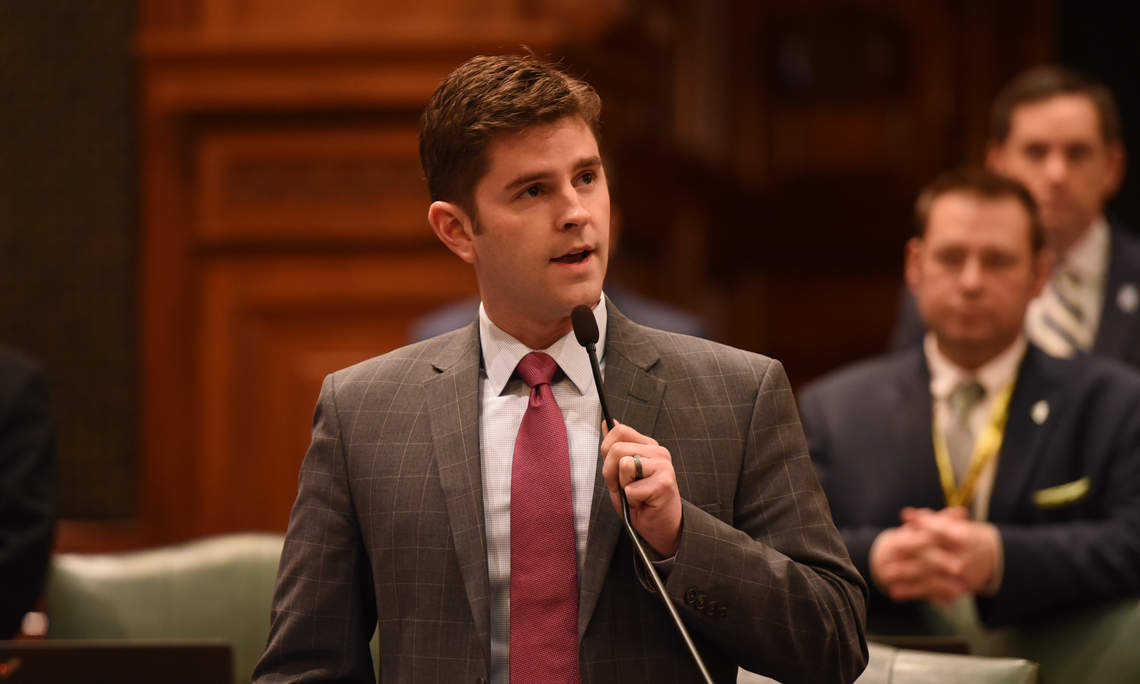 This will not be the final session of the 102nd General Assembly. Lawmakers are scheduled to return to Springfield during the first week of January 2023 for a “lame duck” session to consider an assault weapons ban and further gun control measures, as well as other possible issues. The new 103rd General Assembly will be sworn into office during the January 11, 2023 Inauguration.

Democrats pass SAFE-T Act trailer legislation over GOP opposition.  In a now-familiar pattern, Illinois Democrats passed changes to their so-called “SAFE-T” Act during the final hours of the fall Veto Session. The Democrats’ SAFE-T Act trailer legislation (HB 1095) passed with the minimum required number of votes in the House (71-40-0) on yet another partisan roll call. Not a single Republican in the Illinois House or Senate supported the measure. In both chambers, Republicans spoke out in opposition to this deeply-flawed legislation.

“Once again, the Democrats chose to go it alone without involving viewpoints of Illinoisans around the state,” said McCombie. “While this is the fourth attempt to clean up a bad bill, it keeps zero cash bail in place, increases taxes, jeopardizes due process for police officers, and decreases penalties for repeat offenders — making our communities less safe. It is unacceptable to abuse victims in the way the SAFE-T Act allows.”

Despite multiple attempts by the supermajority Democrats to clean up and clarify the intent of the SAFE-T Act, the harsh reality is that the Democrats’ so-called “reforms” will still let dangerous criminals back out onto our streets. No amount of sugarcoating can change what Illinoisans are seeing with their own eyes: shootings and other violent crime is up, carjackings are rampant, and criminal mob actions are plaguing our cities. Our law enforcement community is demoralized and police officers are retiring in droves, leaving some communities without any law enforcement officers at all.

A case against the SAFE-T Act will be heard in court on Wednesday, December 7. Sixty-two Illinois state’s attorneys, representing more than half of the counties in Illinois, have filed lawsuits against the controversial law. The lawsuits have been consolidated into one case that will be heard in Kankakee County circuit court. The December 7 hearing will make it possible for the plaintiff state’s attorneys to present evidence on the unconstitutionality of the SAFE-T Act. The circuit court is scheduled to rule on the case no later than Thursday, December 15. This will create a window of time prior to the January 1, 2023 implementation date.

House Republicans strongly opposed the Democrats’ choice to leave a $1.8 billion hole in the UI Trust Fund, rightly arguing that we had the necessary revenue on hand to pay back our unemployment debt in full. The delay in paying back our unemployment debt to the Federal government cost Illinois taxpayers tens of millions of dollars in back interest and penalties. Instead of paying down the debt we owed to Washington D.C., Illinois Democrats spent a billion dollars on pork projects in Democrat districts.

A significant victory has now been won thanks to pressure applied by House Republican members of the Unemployment Insurance Task Force. An agreement has been reached between the business and labor community that will pay off the balance of the debt owed by the State of Illinois to the Federal government for money that was borrowed to replenish the state’s UI Trust Fund.

House Republicans helped bring labor groups and business interests to the negotiating table to work out a solution, and this week, a deal was reached that will reduce taxes on job creators by $913 million over the next 5 years. Not paying off this debt would have left Illinois businesses on the hook for that $913 million in unemployment insurance tax increases over the next 5 years.

After months of House Republicans demanding the Governor and supermajority Democrats in the House and Senate take responsible financial action and pay back in full the loan from the Federal government, Illinois job creators will benefit from a reduction in possible tax increases because of the agreement that has been reached to pay off our remaining debt.

In addition to paying down our remaining debt to the federal government, the State of Illinois will also increase the rolling balance in the Unemployment Insurance Trust Fund, which will help stave off future increases in taxes on jobs and job creators throughout the state. A higher rolling balance in the UI Trust Fund will also mean the State of Illinois will be better prepared in the event of a mass layoff event similar to what took place during the COVID-19 pandemic.

Senate Bill 1698 contains the agreed language to pay off the UI Trust Fund debt and shore up the rolling balance in the Fund. SB 1698 passed the House on a bipartisan vote of 95-8-2, with the Senate concurring on a vote of 45-8-0.