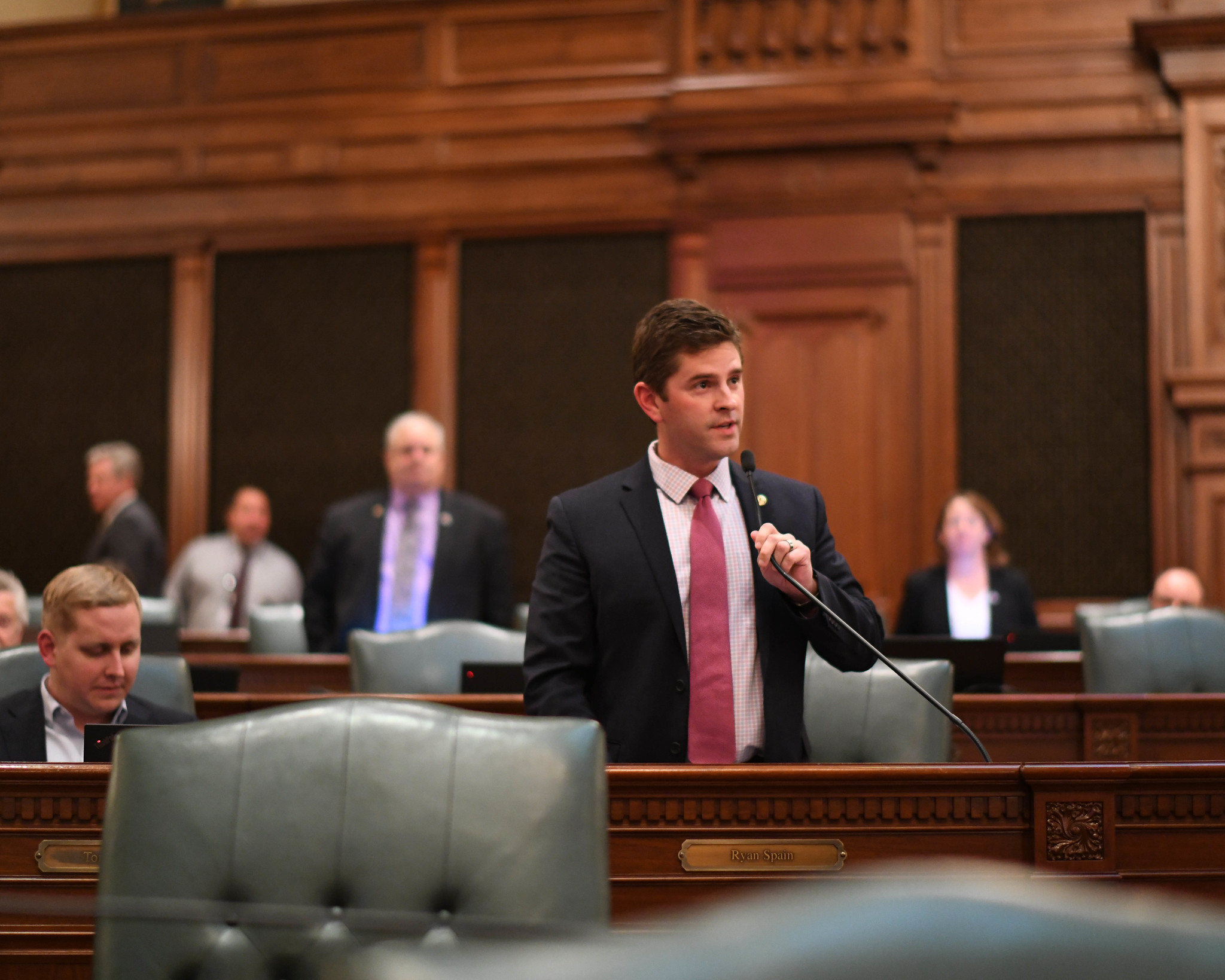 State Representative Ryan Spain was sworn in to his fourth term in the Illinois House of Representatives on Wednesday during the inauguration of the 103rd General Assembly.

“I am honored to serve the new 73rd District in Springfield. We have large challenges ahead in our state and I look forward to the opportunity to applying common-sense solutions to the problems we face,” said Spain.

Since serving in the Illinois House, Ryan Spain has sponsored landmark legislation allowing volunteer work at Illinois State Parks and Trails as well as working closely on issues related to mental health, hospital and healthcare transformation.  Spain led the charge on expelling former House Speaker Michael Madigan as House Speaker and worked hard against Democrat gerrymandering of legislative maps following redistricting. On a more local level, he has always enjoyed spearheading initiatives to bring jobs and economic growth to our region.

“I have rejected a legislative pension, healthcare and strongly voted NO against politician pay hikes,” continued Spain. “We need more legislators who are there for the right reasons — public service and not self-service.”

Spain is a graduate of the University of Illinois at Urbana-Champaign with a double degree in political science and speech communication and holds an MBA from Bradley University. He is employed at OSF Healthcare System as the Vice President of Economic Development. Spain and his wife Ashley have two school aged daughters.

The House of Representatives of the new 103rd General Assembly is comprised of 78 Democrats and 40 Republicans. Representative Emanuel “Chris” Welch of Cook County was re-elected Speaker of the House for another two-year term. Representative Tony McCombie of Northwest Illinois was elected as the first woman to serve as House Republican Leader.