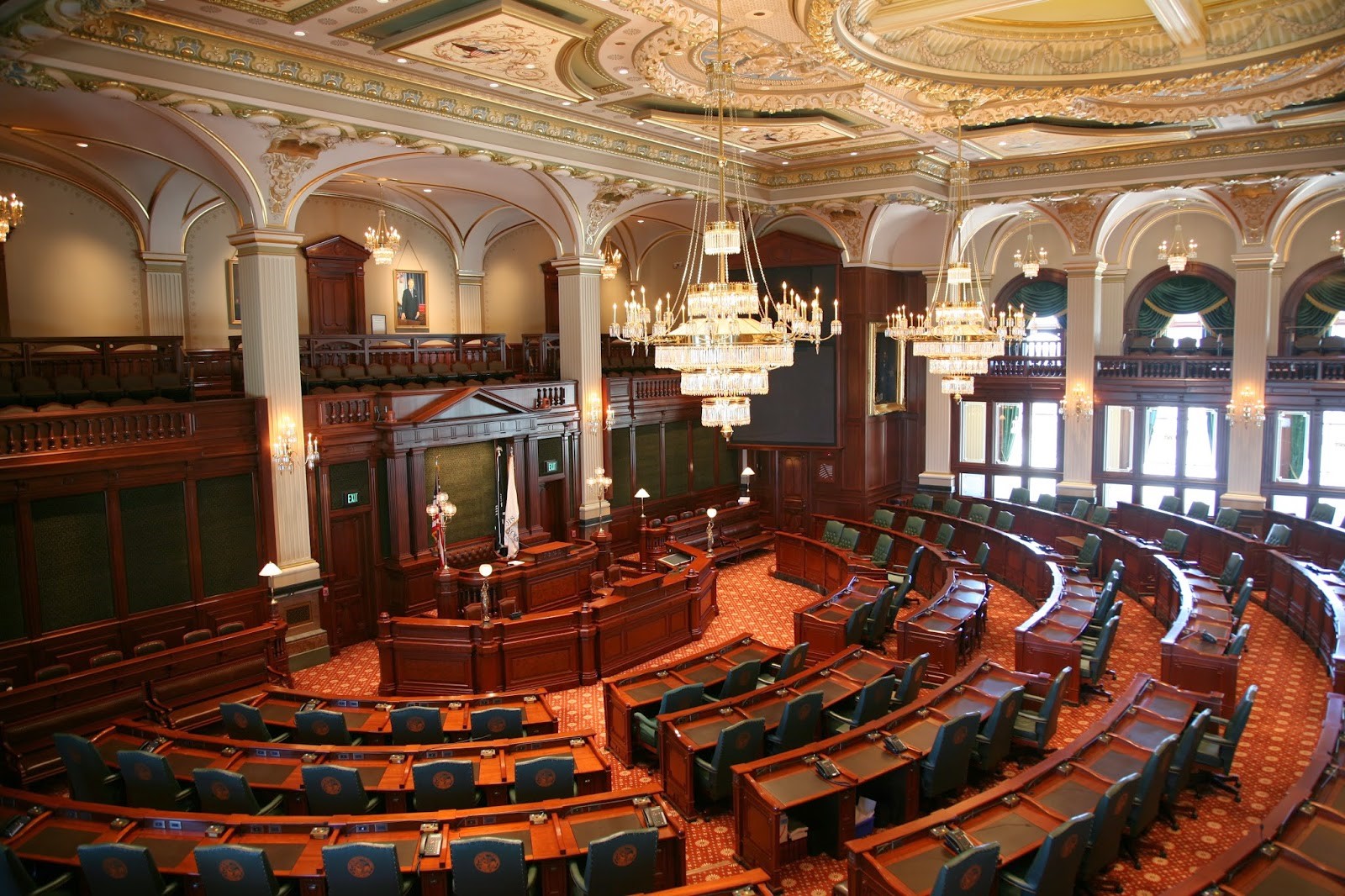 SAFE-T Act faces courtroom test. The controversial law is set for implementation on Sunday, January 1. Prior to that date, the constitutionality of the new law will face a series of counts in Illinois court. Elements of the new law appear to perform what lawyers call a series of “prima facie” end runs around the plain language of the Constitution of Illinois. Approximately 60 lawsuits filed by state’s attorneys against the controversial new Act have been consolidated into a single proceeding against the State of Illinois.

One of the serious charges against the controversial new Act is its complete abolition of cash bail, the provision of State law that gives a court of law the power to demand that a person facing serious criminal charges put up a sum of money as a voucher for conduct in the proceedings prior to trial. This feature of Illinois criminal law has become more and more important as the pretrial procedures mandated by law (including proceedings invented or expanded to protect the rights of defendants) have grown longer and more significant. The Illinois Constitution contains language (Section 9 of Article I) that assumes that most persons accused in criminal court shall have the right to post cash bail. This provision assumes the existence of the proceeding that is guaranteed for the use of the defendant.

These, and other constitutional arguments against the SAFE-T Act, are set for a court hearing in Kankakee County on Tuesday, December 20.

House Judiciary Criminal Law Committee meets in Chicago twice this week for subject matter hearings on HB 5855. Lawmakers comprising the Illinois House Judiciary Criminal Law Committee met for two separate hybrid in-person/virtual subject matter hearings to discuss various aspects of HB 5855 this week. HB 5855 is titled as the, “Protect Illinois Communities Act,” and seeks to ban various semi-automatic firearms and magazines that hold more than 10 rounds of ammunition. The bill also removes the ability for anyone under the age of 21 to hold a Firearm Owner’s Identification Card (FOID), and would require persons maintaining certain kinds of weapons to pay registration fees. The legislation would also increase the firearm restraining order maximum time from six-months to one year.

A summary of the bill has been reported on, stating that “On the final day of the veto session, Rep. Bob Morgan, D-Deerfield, filed HB 5855, the Protect Illinois Communities Act, which would make it illegal to manufacture, deliver, sell or purchase an assault weapon, assault weapon attachment, .50-caliber rifle or .50-caliber cartridge. It would also make it illegal for anyone to possess such a weapon or ammunition 300 days after the effective date of the act, unless it is registered with the Illinois State Police.”

The next hearing of the Judiciary Criminal Law Committee to discuss HB 5855 will be held on Tuesday, January 20, 2022 and can be viewed at on the Illinois General Assembly’s website.

Coalition of first responders announces patrol step-up during holiday season. The police patrols will watch out for impaired drivers, especially drivers impaired by alcohol or cannabis.

A nationwide tally counted 11,654 deaths associated with driving under the influence of alcohol in calendar year 2020, the most recent year that this count has been completed. This was the equivalent of one fatal alcohol-related crash every 45 minutes, night and day, 24/7. Driving activities should be safe for families during the Christmas-Hanukkah season.

With the patrol announcement, police leaders added tips for the safety of all drivers, especially non-impaired drivers. They are urged to maximize overall public safety by watching the car keys of persons who are impairing themselves in social gatherings. Designating sober drivers is a way for everyone to be a winner this holiday season. Police released this year’s patrol warning on Monday, December 12.

A spokesperson for the Illinois Firefighters Association, an entity that fought to enact the law and is pushing all Illinois households to comply with it, says that most Illinois homes built after 1988 already have compliant smoke alarms. However, even long-life battery alarms go dead after a long lifespan and must be replaced. Furthermore, many older smoke alarms with easily detachable batteries are the old-fashioned, non-compliant kind.

The law was passed in 2017 with a long-delayed effective date. The six-year delay allowed older smoke alarms and batteries to continue to be used until they reached the end of their life cycle. The bill, HB 3773 (P.A. 100-200), is supported by groups representing Illinois firefighters and property/casualty insurers.

A detailed list of new laws taking effect in 2023 will be released in the final 2022 edition of the House Republican Week in Review for 2022.

The assembly-line facility, opened by its predecessor Chrysler in 1965, was developed to assemble sedan automobiles. At its height, this complex has employed more than 4,000 workers in three shifts. However, with changes in demand for motor vehicles, production at Belvidere has ebbed and flowed. Belvidere’s lines have been rebuilt several times, with a major retooling cycle implemented in 2016. Starting in June 2017, the Belvidere plant specialized in SUV Jeep Cherokees.

The Jeep line has recently faced significant changes within the overall motor vehicle market, including soaring motor fuel prices throughout much of 2022. Throughout the production line complex’s entire history, the Belvidere plant has made motor-fuel-powered vehicles.

Although owner Stellantis, a global manufacturer of motor vehicles, characterizes the move as “idling” the plant rather than permanently shuttering it, the current status and future of liquid-fueled motor vehicles is providing industry analysts with an insight into the plant’s uncertain future. Stellantis stated that they would make efforts to place Belvidere workers into work slots in other facilities located in other states. The Belvidere complex is located in northern Illinois’ Boone County, between Elgin and Rockford. The firm announced on Friday, December 9 that the northern Illinois shutdown will take place on February 28, 2023.

Illinois Department of Employment Security (IDES) admits statewide jobless rate rose in November 2022. IDES announced that the bottom line rate rose by 0.1%, from 4.6% to 4.7%. The higher number was released by the Department on Thursday, December 15. It reflects the ratio of persons actively looking for work as a percentage of the total Illinois workforce.

After the pandemic years, Illinois’ workforce is once again expanding slowly as young people try to get into the workforce, and as adults who have previously left the workforce express the hope of getting back into it. This expanding workforce drive Illinois’ November 2022 unemployment rate increase, as more people entered the workforce than new jobs created in Illinois.

At 4.7%, Illinois also has significantly higher statewide unemployment than the nationwide level currently enjoyed by the U.S. as a whole (3.7%). Our 4.7% is also much higher than the jobless rate of neighboring states. The currently reported unemployment rate in Indiana is 3.0%, with a parallel rate of 2.9% in Iowa. As currently reported, joblessness is 2.6% in Missouri and 3.3% in Wisconsin. All of these rates are well below that of Illinois.

Another Illinois minimum wage hike coming on New Year’s Day. The Illinois statewide minimum wage for workers who do not also collect tips is currently $12.00/hour. On Sunday, January 1, and thereafter, this number will increase to $13.00/hour.

This is a step increase that will go into effect on New Year’s Day as part of a staircase of increases enacted by a partisan General Assembly majority in 2019. Further increases will generate a statewide $15.00/hour minimum wage in calendar year 2025.

The minimum wage increase to $13/hour will affect only a small slice of Illinois workers. Most Illinois residents who work and collect wages are paid more than the minimum. In many locations and across many jobs, crafts, and professions, wage rates are already well above $13/hour.

Primary areas where the change will be of importance will be in geographic areas of relatively low work and wage activity, among persons with startup or semiskilled talent sets. In some cases, increasing the minimum wage may make it more difficult for young or challenged persons to successfully enter the Illinois workforce. Many neighboring states have lower minimum wages and unemployment rates than Illinois.

Pension analysis by the Commission on Government Forecasting and Accountability (CGFA). The unfunded segment of Illinois’ State-managed pension obligations, an actuarial estimate, grew to $139.7 billion in FY22. In the fiscal year that ended on June 30, 2022, Illinois’s State-managed pension systems held the actuarial equivalent of approximately $109.1 billion in assets and had assumed obligations that are predicted to be $248.8 billion when vested persons go through their collection cycle. The difference between these two numbers is the $139.7 billion unfunded liability of the State pension system. This number is equivalent to more than $10,000 for each Illinois resident.

These numbers are all actuarial. They are assumptions, based on generally accepted pension standards, which cover the lifetime of the pension system during the time period within which currently eligible people will collect their benefits. The unfunded-liability number tends to fluctuate up and down on a year-over-year basis, with a major component in these fluctuations changing in the value of the underlying U.S. stock market. After some stocks had a challenging year in FY22, the estimated unfunded liability rose from $129.9 billion to $139.7 billion. This $10 billion jump reflected declines in the values of some of the investments, especially equity investments, in which major Illinois pension funds (especially the Teachers Retirement Fund (TRS) held investments. The Commission on Budget Forecasting and Accountability, a nonpartisan policy research arm of the General Assembly, wielded these assumptions to generate their year-end “Special Pension Briefing,” published online.

One of U.S. basketball’s highest honors renamed in honor of Michael Jordan. Six Time NBA Champion and Chicago Bulls basketball Hall of Famer Michael Jordan is now the name attached to the annual MVP award bestowed by the National Basketball Association. Pro basketball made the move official on Tuesday, December 13.

This award is separate from the Bill Russell NBA Finals MVP Award, a separate award given for performance in the league championship series. Jordan won the Bill Russell MVP award an unprecedented six times in 1991-93 and 1994-98, playing shooting guard each year as a key member of the Bulls’ championship dynasty.